About to Get a Shoulder Injection BUT His Pain Was Actually Coming From His NECK! 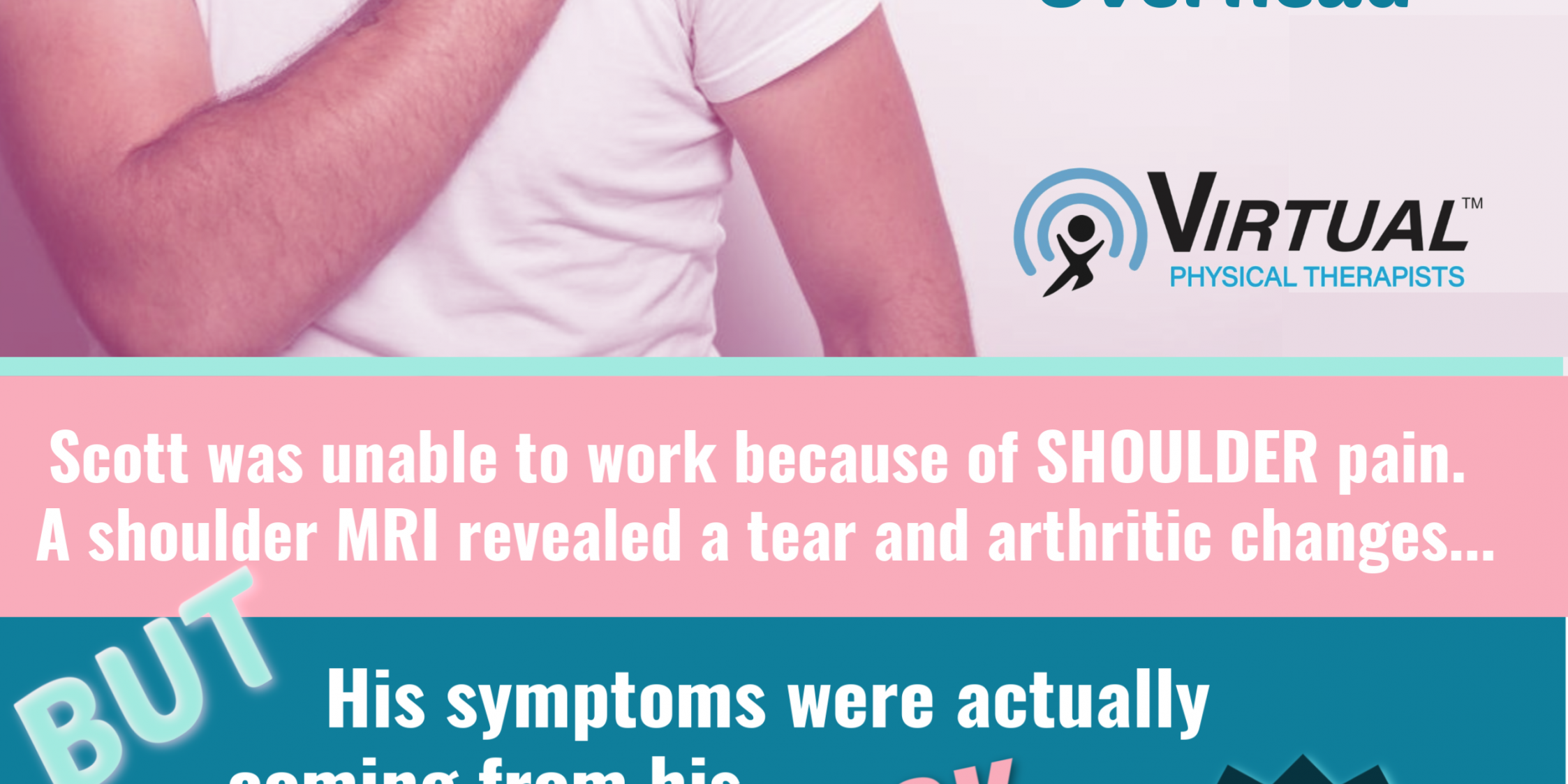 Scott developed shoulder pain from repetitive motion required to scan and label packages at work. At the time of his initial assessment, he was not working for six weeks because his physician wanted the results of his shoulder MRI first. The MRI revealed a partial rotator cuff tear and some arthritic changes. Scott continued to have significant pain (Pain Scale: 6/10) along his left shoulder and upper trapezius region. All shoulder movements aggravated his symptoms, and he was unable to reach overhead.

A mechanical assessment always starts with screening the spine. In Scott’s case, upper trapezius symptoms are indicative of referred pain from the neck. Cervical retraction reproduces the upper trap pain, and he had a loss of motion. After repeated movements, Scott’s baseline symptoms of pain and loss of shoulder elevation were reassessed. He was able to lift his left arm from the limited 110 degrees to 160 degrees with less pain. It was explained to Scott that a minor derangement was placing stress on soft tissue resulting in referred pain to his shoulder. By reducing the derangement and removing the pressure on the soft tissue, his shoulder symptoms were reduced, and he was able to lift his arm overhead with less pain. He was given this exercise to perform at home every two hours.

Two weeks and three visits later, Scott was feeling 80% better and asked if he should still have the shoulder injection that was scheduled. Scott’s improvement in symptoms was secondary to addressing the root cause of his pain, not treating the site of his symptoms. Yes, he had shoulder pain, loss of motion, and age-related changes on his MRI, BUT his symptoms were coming from his neck. (Similar to a heart attack referring pain to your jaw.) A shoulder injection would not target the actual underlying cause of pain.

By his 4th visit, Scott reported feeling 100% and was able to work-out again and perform all activity without pain. ~ Michael Miller DPT, Cert. MDT

The Dirty Secrets Behind the Rise in Our Healthcare Costs
November 13, 2019