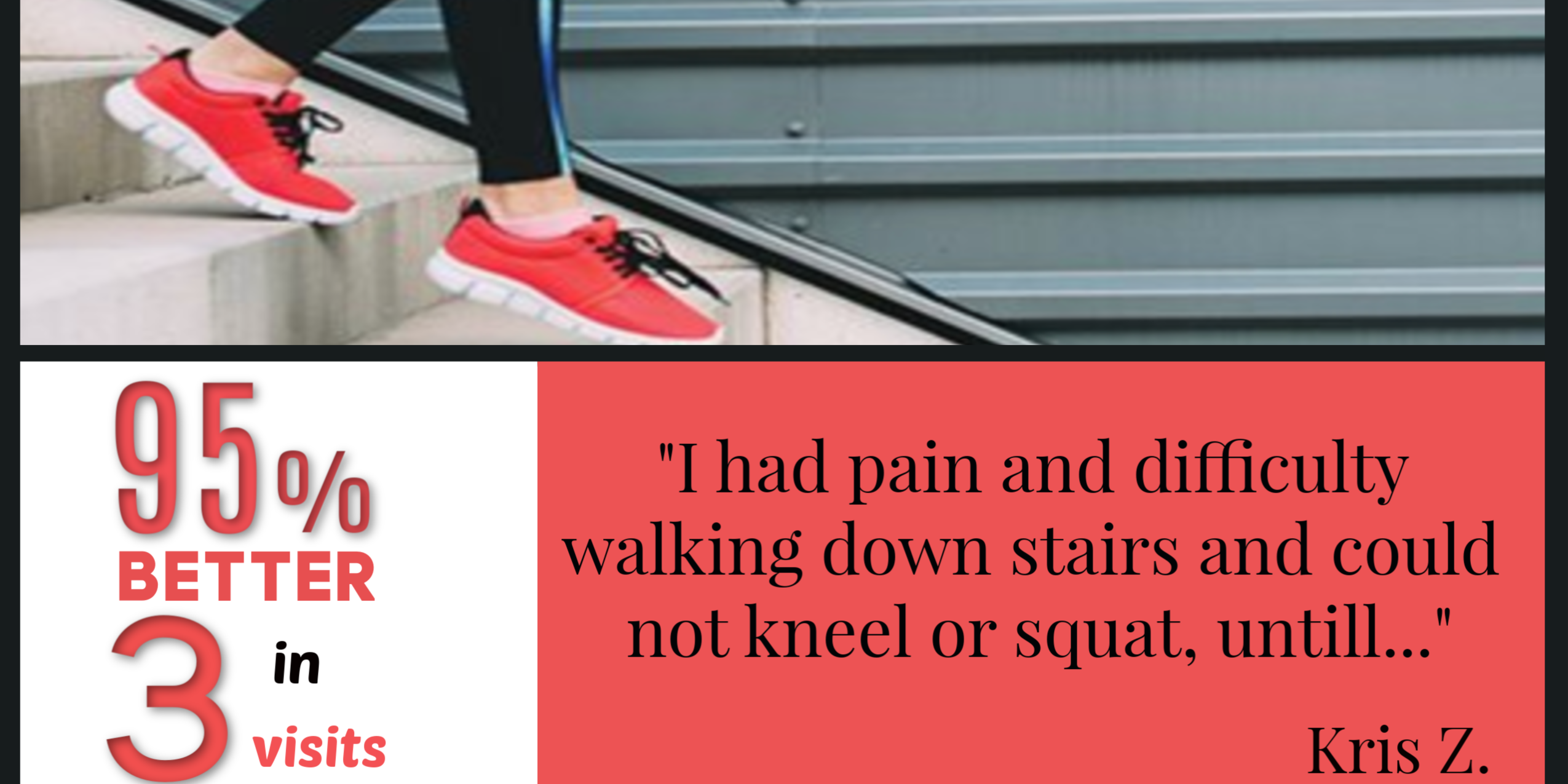 “I had right knee pain for five months after I slipped on ice. X-rays showed that my kneecap was not tracking right. I love being active but had to stop everything because even trying to squat or go downstairs hurt. I went to a chiropractor, physical therapy, and acupuncturist, which helped the swelling, but my pain would come back every time I tried to exercise. My roommate recommended that I try Virtual Physical Therapists. I felt better after my first visit! My therapist, Shelly, was the first person to really look at my knee. She gave me an exercise, and I was able to immediately squat with less pain! She then explained that I had a tiny piece of cartilage that broke off and was getting pinched when I squatted. She showed me how to fix myself. I did my exercises at home, and I am now back to the gym and can squat and climb stairs again without pain! I am so thankful that I finally found someone that was able to fix my knee!” Kris Z.

Kris’ knee pain prevented her from most activity for fear of causing more harm. A mechanical assessment revealed a loss of extension as she was unable to straighten her knee fully and had pain at end range. Kris had great difficulty descending stairs and was only able to slightly squat before pain stopped her. We worked on regaining knee extension with repeated movements. After 20 times, she was able to almost fully squat. I explained that pain during movement indicates a derangement or problem within the joint. A tiny piece of cartilage broke off, and when squatting or going downstairs, it gets pinched in the joint causing pain. The repetitive movement of straightening her knee pushed the particle out of the joint space, allowing her to squat without pain because the particle was no longer getting pinched.

Most importantly, we were able to reduce her fear and get her back to activity by explaining what was causing the pain and how she could self-treat. Kris had started down the path of fear-avoidance behavior, which could lead to chronic pain if not interrupted. Kris is now back to full activity and knows what to do if her symptoms should return.
Shelly McBride MPT, Cert. MDT